Forthcoming readings (with other poets) include:

• Launch of Poetry from Gloucestershire at Suffolk Anthology Bookshop, Cheltenham, with other contributors to the book.  24 March 2020.  TO BE RESCHEDULED

• Words and pictures from the Poetry from Gloucestershire at Wotton Arts Festival, Wotton under Edge, 21 April at 8pm  TO BE RESCHEDULED 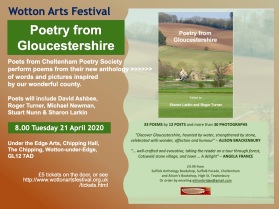 • Buzzwords, again with Belinda Rimmer, July 2020, thanks to Angela France.

• Piranha Poetry at The Ale House, Stroud, with Jonathan Muirhead  on Monday 9 March 2020 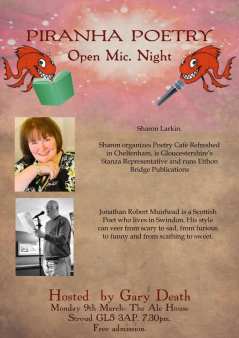 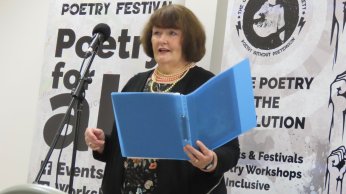 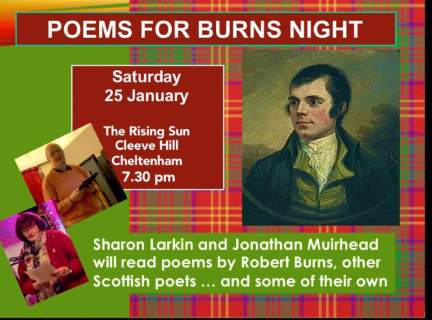 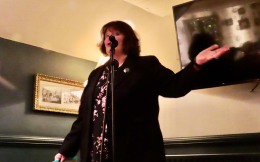 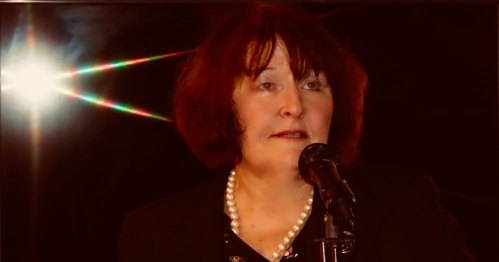 • Fountain Poets in Wells thanks to Ama Bolton, July 2019

• Verbatim in Welshpool thanks to Pat Edwards, July 2019 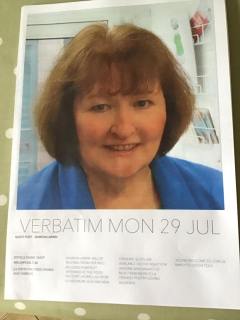 * a joint launch event with Belinda Rimmer at Suffolk Anthology in Cheltenham thanks to Helen Hewett, June 2019 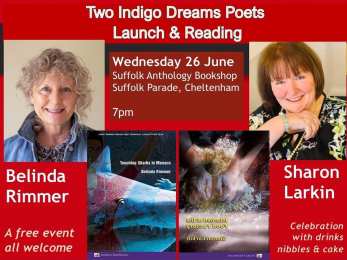 * a reading leading up to Evesham Festival of Words, thanks to Sue Johnson and Sue Ablett, April 2019

• Silver St in Bristol thanks to Deborah Harvey, 1 March 2019

• Corinium Radio, Cirencester thanks to Rona Laycock. Here’s a link to the programme which was recorded for The Writer’s Room, hosted by Rona, August 2019
https://www.mixcloud.com/coriniumradio/the-writers-room-12-aug-2019/ 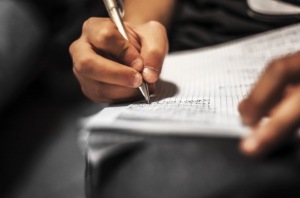 21 October 2016  Reading my set Walking with Dylan at the Launch Party for the I Walk with Fire Festival, celebrating Dylan Thomas, in Cheltenham, with artist Anthea Millier – organised by Cheltenham Poetry Festival. 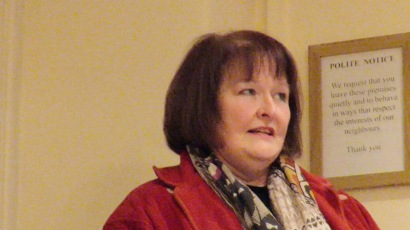 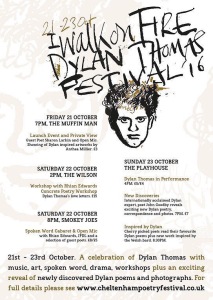 29 January 2016  A Crossing Counties poetry reading with Worcs and Glos poets at Pershore Library. With Sue Johnson, Bob Woodroofe, Joy Thomas, Roger Turner and me.  Sue, Bob and Joy’s “reciprocal reading” was at Poetry Cafe – Refreshed in Cheltenham on 10 February, the open mic including Roger and me. 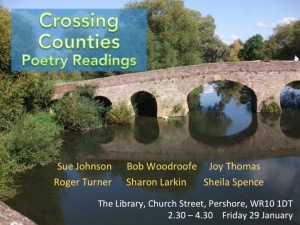 20 November 2015  Took part in The Quiet Compère, reading a set on space themes. 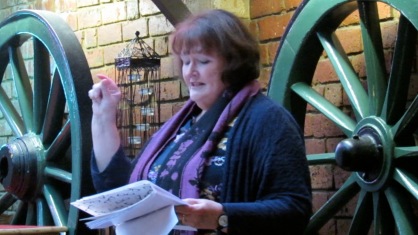 Into the Heights and Winchcombe Arts Festival – with Winchcombe Poets, St Nicholas Church, Winchcombe. May 2013 and January 2014

Reading poetry of the First Workd War, and my long poem, The Chaplain (based on the WW1 service of Timothy Rees MC, later Bishop of Llandaff).  At St Margaret’s Church, Alderton, 2014

Reading upstairs at The Strand, Cheltenham 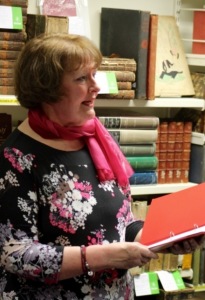 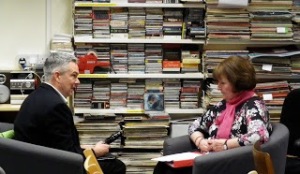 Reading poems Firewords, On the Up, Sully and Sear with Jubilate Chamber Choir, Cheltenham at the Chapel, University of Gloucestershire

Reading at University of Gloucestershire Chapel

C. Lectures given and organised

atriumpoetrycom.wordpress.com/
WORDS IN THE LIGHT