An anthology of poems and photographs by the poets attending the Cheltenham Poetry SociEty Awayday in May 2019. Published by, and available from, Eithon Bridge Publications. https://eithonbridge.com/2020/01/19/poetry-from-gloucestershire/

Twelve of the poets attending the Invisible Zoos masterclass at Ty Newydd in North Wales in September 2018 decided we’d like an anthology of poems inspired by the course, tutored by David Morley and Pascale Petit.  A year later (!) the book entitled Invisible Zoos has been published by Eithon Bridge Publications, edited by Simon Williams and me (both at the Invisible Zoos residential).  The anthology contains 34 poems by 12 poets, with a back-cover endorsement by David and Pascale, for which we are most grateful.  The book was published in October 2019.

Somehow, I – a self-confessed ailurophobe – am selecting, collating,  editing and publishing poems for an illustrated anthology in support of the New Start Cat Rescue charity, with my friend, co-editor and unrepentant ailurophile, Sheila. She will select photographs submitted for the book and ensure I don’t include any poems which might not encourage people to give homes to cats rescued by the charity!  Submissions – from many poet friends I know via the internet and other poetry projects – closed on 25 February and we are aiming to agree contents at an editorial meeting on 18 March, aiming for a draft, ready for proofing by the end of March.  A launch in late April or early May is our aspiration.  Contributor copies will not be free of charge, since this is a money-raising venture for the charity, but we will give contributors the best deal we can and hope to market the anthology nationally, if not internationally, for the benefit of the Gloucestershire-based cat rescue centre. 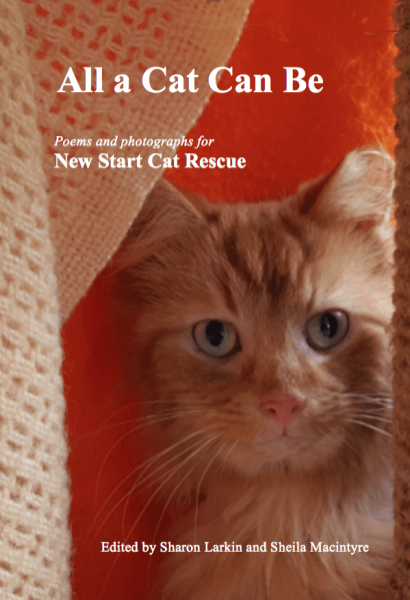 March – June 2020 The Good Dadhood ran again, with the same great response as the first time it ran …

January 2017.  The Good Dadhood project went live today.  It has its own blog/zine Good Dadhood ezine, identity and purpose – to celebrate fatherhood.  Why? Because Dads don’t always receive the credit they deserve, do they?  Let’s give fathers the praise they merit – our own fathers, grandfathers, stepfathers, fathers-in-law, foster fathers, godfathers … whether they are still with us or live on in our memories. Let’s not be maudlin if they are not still with us, but focus on celebrating their strength and example while they were here.

Or, perhaps you are a father, with all its rewards and challenges. Tell us about it!  Give us the privilege of appreciating you, giving you a fellow poet’s pat on the back to say – keep going, and thank you!

Go to the blog, see the poems building there, new ones every few days.  And please submit your good father poems to good.dadhood@gmail.com  The project will culminate on 18 June 2017 – Father’s Day – but the submission period is likely to close towards the end of April.

What then?  Well who knows?  There will be poems on the ezine from well-established poets, pleased to give another airing to poems from previously-published collections.  There will be poets gradually building up their publication credits on the way to their first collection.  And, already, there has been a poem accepted, for future appearance on the blog, from someone who has never submitted a poem before.

Quality, empathy and a genuine voice are equally important to the ezine.  And, who knows, perhaps a publisher sharing these values will view the body of work assembled by mid-April and say – “This needs to be an anthology”.  (Hint ends!) 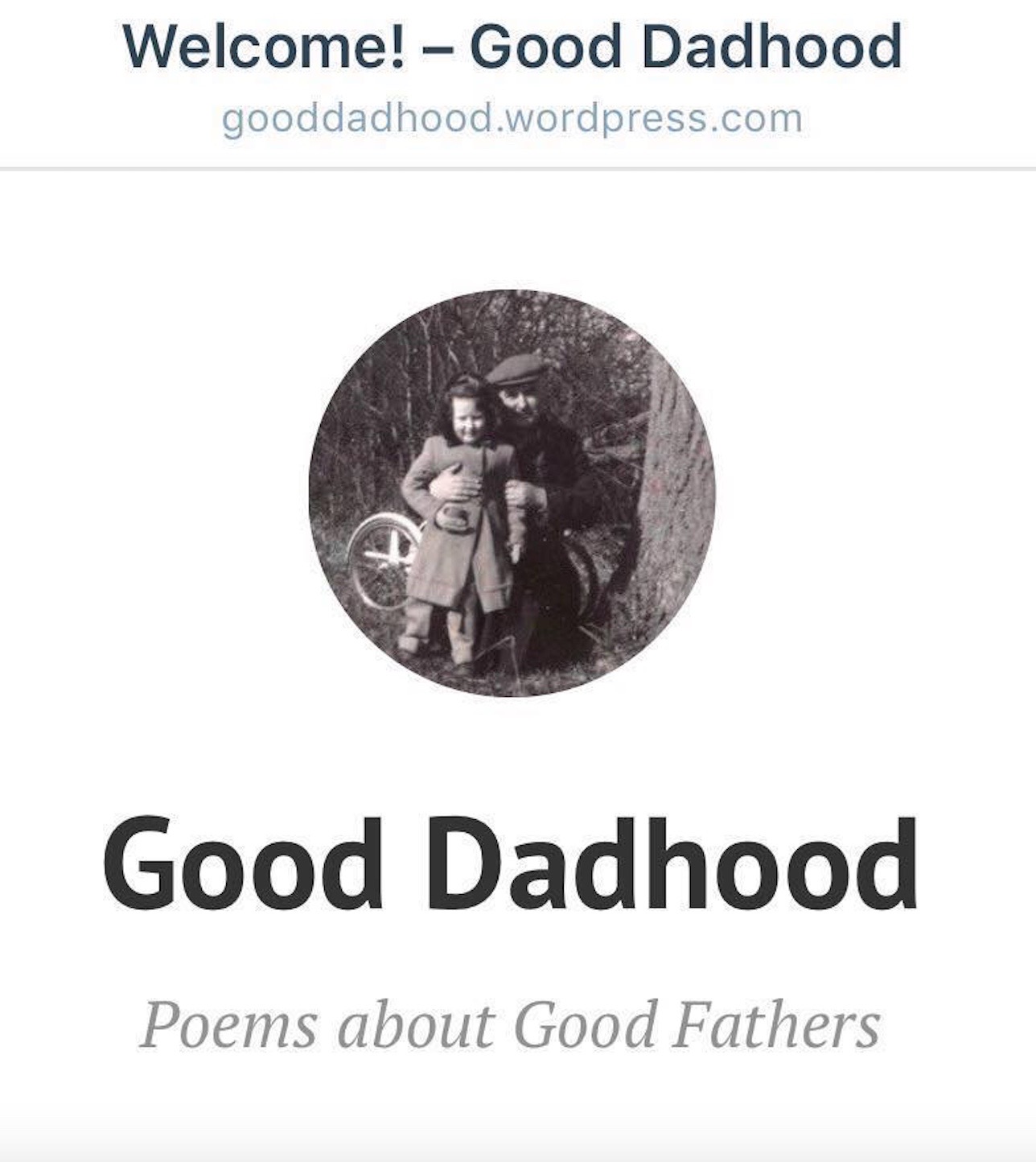 November 2016. Published this month is Cheltenham 300 –  an anthology of poems by Cheltenham Poetry Society to commemorate 300 years  of Cheltenham as a spa town. Poems were jointly edited with Roger Turner; photographs were taken by Roger or me. Layout, formatting and proof-reading were all mine – so blame me for the missing full stop!  The anthology was printed by Stroudprint. Poems in the anthology are by:

Thanks to David Elder for permission to draw on his book Literary Cheltenham for inspiration for some of the poems. Thanks also to Cheltenham Arts Council for supporting and contributing towards funding for the project.

My poetry and prose poems..mythical and modern, real and metaphysical.

There is a Madness in our Method

Author of 'Unmuted', 'Saudade' and 'Psychopathogen'

"He heals the brokenhearted and binds up their wounds." Ps 147:3

the ways of words