July marks the second birthday of Poetry Café – Refreshed, held on the third Wednesday of every month at Smokey Joe’s in Cheltenham.  We are looking forward to celebrating our continuing run of fine poetry from gifted poets – welcoming David J Costello as our guest poet on Wednesday 19 July.

And we are looking forward to welcoming more talented poets in future months!

Here are some random photographs of guest poets’ posters and performances! 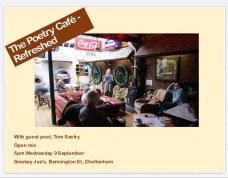 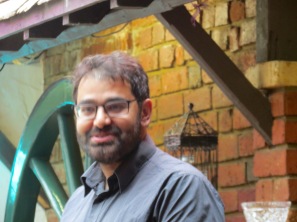 Strong performances at the open mic 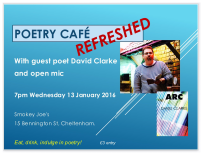 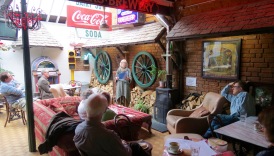 Miki Byrne at the open mic

Sharon at the open mic 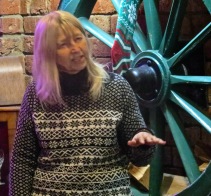 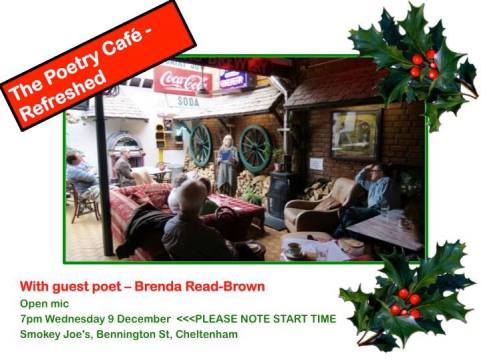 Stephen Daniels and Sam Loveless when Sam was guest poet

Sharon, deputising for Roger as host 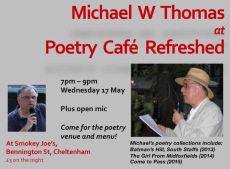 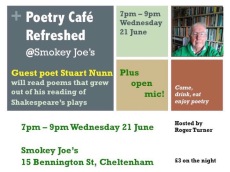 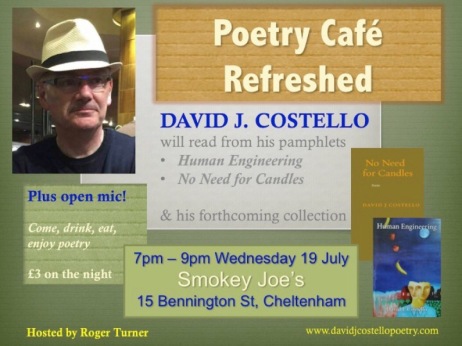 We look forward to another great year of Poetry Café Refreshed!

Author of 'Saudade' and 'Psychopathogen'